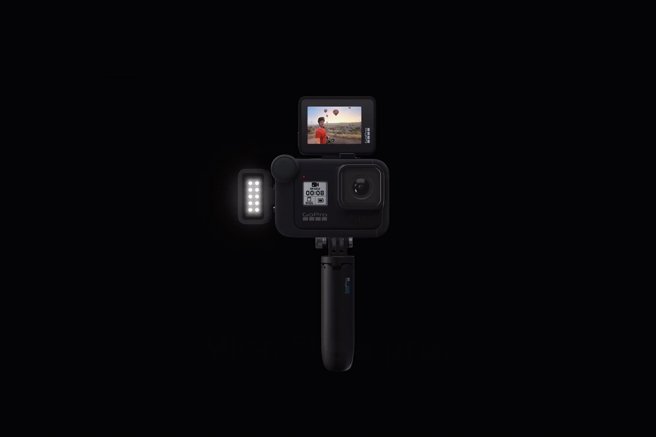 GoPro releases its awaited GoPro Hero 8 alongside GoPro Max in September 2019 for pre-order. So what’s new with the GoPro Hero 8? Is it better than Hero 7? Is it a perfect Vlogging camera? Is the battery worth it’s upgrades and attachments? When are the attachments going to be released? Is the shotgun mic any better than the market leading shotgun mics like Rode? It the extra screen worth the extra bucks and battery drain? Do we really need a flash video light? What about Hyper-lapses, timewarp, hyper smooth? What about the field of view and how many? All these and many more questions arises in our mind when think of the new GoPro Hero 8. Let’s ponder over some of the product features to search for answers within.

As an avid owner of GoPro Hero 7 Black, I must say that is is the most convenient action camera with best in-class hyper smooth stabilisation and is my go to camera for most of the time. It easily replaces my Canon EOS 70D in daytime because of the convenience and it’s 4K capabilities. Speaking of 4K 60fps, the new Hero 8 has the same 4K60fps and 1080p240fps along side the other options. What new stuff to focus about it is the Hypersmooth Stabilisation 2.0 and the Boost mode for Hypersmooth stabilisation. The Boost mode provide the extra smoothness to the already being stabilised video shot, just in case, you need it. The importance to this, according to me, is to exfoliate the feel of a Hollywood movie level shot for a speed movement capture with high level of randomness. It’s just so much better to have it stabilised in camera, while capturing, than to do it in post. Plus it leaves you with better work to do in post production. So the hyper smooth stabilisation with burst mode is a top notch feature that you can get in this mini action cam.

What I personally missed in Hero 7 Black was the FOV (field of view) options in 4K. The new Hero 8 flexes the 4 different types of FOVs with and added advantage of keeping your customised POV settings (more of resolution and frame rate settings though) for quick capture. The 4 POV types namely Narrow (27mm), Linear (19-39mm), Wide (16-34mm), and SuperView (16mm) are cool to have specially for those who need to carve out the fish-eye look from the GoPro videos and to give a DSLR shot video look. With stabilisation racking up version numbers, the Timewarp feature leaves no stone unturned and adds a merit to itself as the new Timewarp 2.0. With the new Timewarp 2.0, you can have slow-mo shots while you are recording a timewarp by the simple press of a button, depending on what time you actually need to do it. It’s more attractive to use you need to shoot short video for Instagram stories or stories for other social media platforms.

The most important attraction of GoPro Hero 8 is the Mods. This specifically aims all the Vloggers as a perfect vlog camera. However the Cliche is that the mods are not available for use until December 2019, although you can pre-order those also from GoPro’s official website. The mods however attracts everyone’s eyes as a relief to carrying the giants DSLR vlogging setups. The mods, short for modules, gives you ability to add a shotgun mic, lights, and display screen to the Hero 8 which is awesome and preferable to most of the travel bloggers out there. There are 3 Mods currently as of now namely Media Mod, Display Mod, and Light Mod. The media mod adds a premium shotgun mic, 3.5 mm mic jack, HDMI ports, and 2 cold shoe mounts for the other 2 mods. The display mod adds a flip up screen so that you can vlog like a pro. The light mod allows you to have LED lighting for the extra lighting required. Additionally the GoPro Hero 8 has the mounting kit built internally this time, which make it again very fast and convenient to use all kinds of mount available.

However the above upgrades would run on the same GoPro battery, which we all know is not just enough. You are bound to get a minimum of 2 batteries with their additional battery charger, if you really wanna vlog with just your GoPro. However given the size of the battery, you can just complain as you need to have extra batteries even when shooting with DSLR and mirrorless cameras. All in all, I think it is the best vlogging camera for beginners and pro videographers as well. This waterproof camera is a go-to cam for all videographers and film makers because of it’s convenience and features. If you already have a Hero 7, then you may wait as the video capabilities nearly similar but however if you don’t have the 7, then GoPro Hero 8 is definitely as must buy camera. Please let me know your thoughts in the comments section below.